for the time it was a fantastic piece of software beloved by many, including me

Then it 2012 it received its last update followed by its eventual death.

Fast forward to 2020 Modern Vintage Game released his Homebrew Wars video about the Xbox and Wii and teknecal finally decides to release the source code of the HBB.

The OpenShopChannel team has since created a backup of the source code in a github repository as well as a fork to keep it up to date with bug fixes and links to their own servers.

February 2021 I finally dusted off my Wii and set it back up again.

After a bit of cleanup as well as the creation of a new nand backup (you never know) I decided to look at what cool programs there still are and to my surprise there is still some development being done for the Wii.

After looking through some classics like OpenTTD I noticed the text saying "Downloadable via the Homebrew Browser" and installed it having had such a great memory using it, but sadly its time had come

the servers were down (or very disfunctional) and I couldn't even start the program :(

Determined to put the project into a state where it can compile and actually run using the modern devkitPPC toolchain I went looking for the source code and noticed CompuCat, a member of the ForTheUsers group, asking for permission to use the code and create HBB successor, sadly it fell on deaf ears.

Not being one to give up I joined the ForTheUsers Discord and instantly talked to people in the development chat asking if there are any existing efforts to make a new HBB or at least revive it.

Promptly I was informed about the OpenShopChannel (OSC from now on), a project formerly intended to hack the Wii Shop channel and keep it updated but downscaled to keeping HBB running.

The OSC had released a modified version of the original HBB dol file with simple edit to point to their servers something that wasn't enough for me and being told to simply use OSC instead and talk to the team since they apparently got it to compile in their private repository (later I had been told it was made private by accident) I went to make my own out of spite.

I make a lot of things out of spite simply because I am not happy with the state of how things are, so one night I sat down, set up devkitPPC and began working

the beginning was a nightmare

binaries across the root of the project folder

a mess in every sense

but I continued and started with some simpler things: I readded -fcommon (since the defaule behavior changed with GCC 10), fixed the Makefile and removed loads of inline declarations.

Since connecting to a dead server isn't going to show me if I am actually making progress and I didn't want to set one up myself, I grepped the OSC binary to see where their server is: hbb1.oscwii.org

HBB used an outdated version with a different API as well as extensions copied from the GRRLIB forum like FreeType support.

along the way some interesting results came up 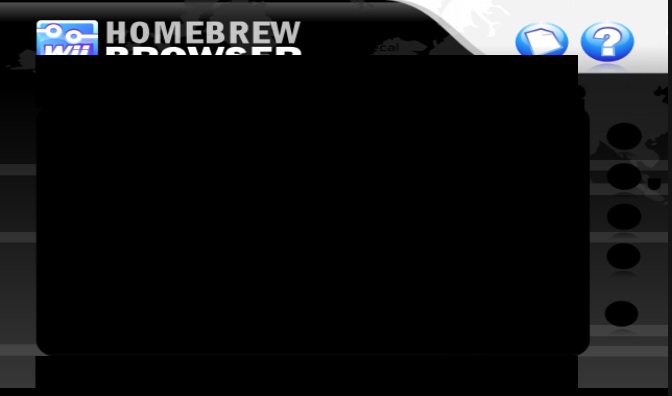 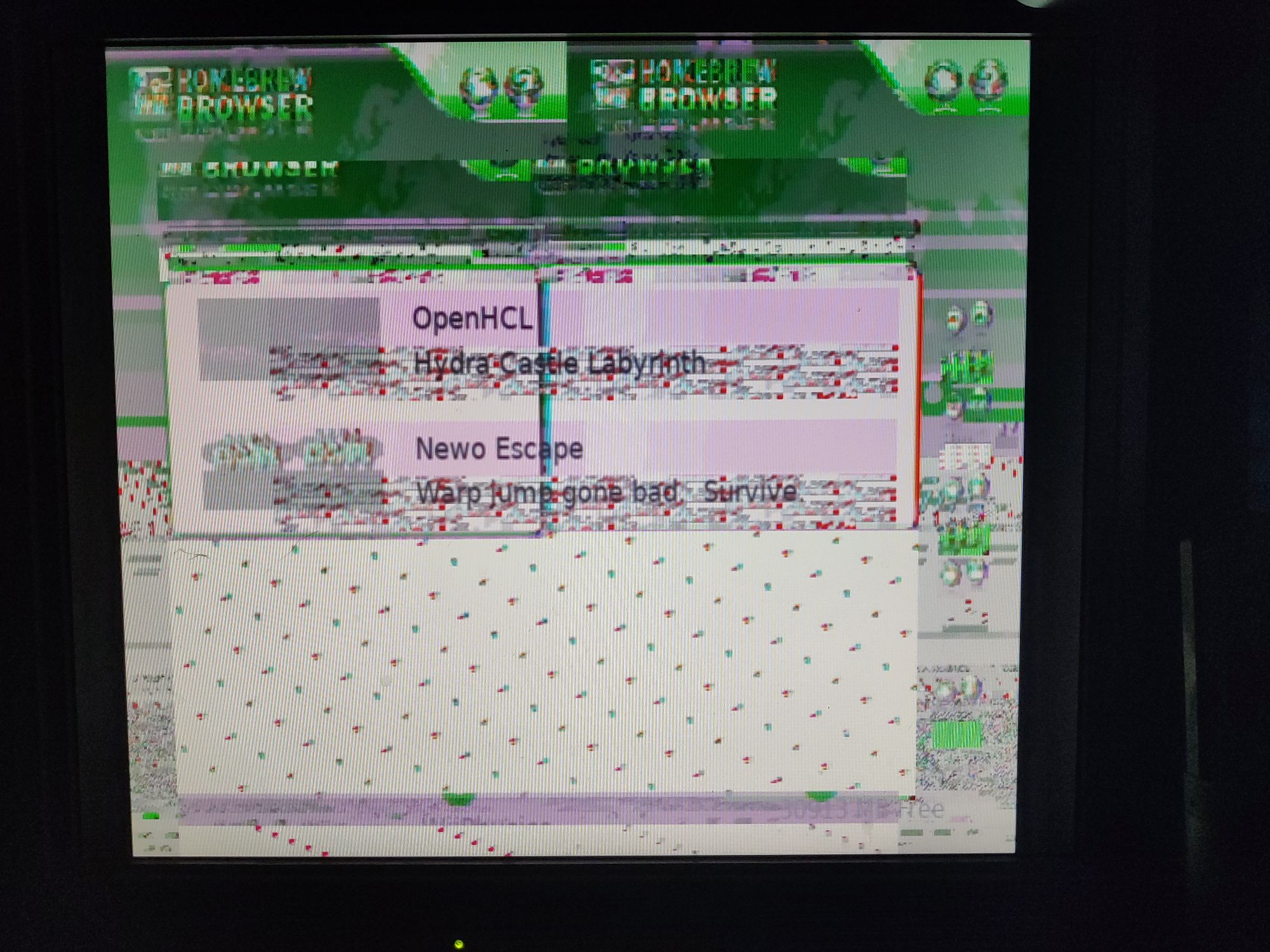 Afterwards everything was well... except 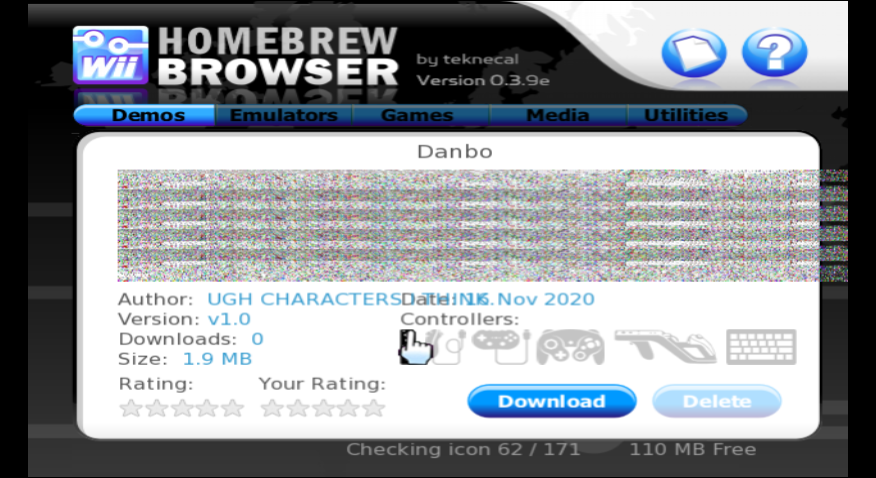 Something was obviously wrong somewhere

dhtdht, OSC lead, simply truncated the descriptions to 334 characters and it worked again but that isn't a solution I am happy with, the issue must occur somewhere else

The first cause I found was this

looking at where the description comes from it was obvious we had a stack overflow which had caused the actual texture with the text to have some bad data that manifested itself as corruption like visuals.

But that didn't solve all of it

the app in the image has a description longer than 2000 characters but that shouldn't be a big deal right? its only a buffer that we copy somewhere else later

but the copying code calculated using the buffer contents, not the max size of the place we will store it in

we had caused an overflow

Being near the end I finally moved from raw2c to bin2o and made all PNGs into objects and had to replace 500 different references to the previous files with the new ones.

My introduction to SameBoy came from stacksmashing's "How to reverse engineer & patch a Game Boy ROM" video.

I'm not big on reverse engineering but I do enjoy a good GameBoy game when I see one.

and there it was but these kinds of features are almost never present on Linux be it because no one bothers or because each major DE supports a different method.

the code was simple it stored the framebuffer output in a bitmap image and composed that under the image for the cartridge case.

I actually wanted to see the images in my filemanager though so I went to see how that is done and quickly changed my mind.

writing my own png lib was too big of an undertaking so I simply chose to use lodepng, a free png library under zlib so it was fair to use launching these programs directly is fine and good but for things like mods for steam games that require a third party executable thats where the problems come in, especially on Linux.

launching it directly without steam can be done in this case but other games may depend on steam running, which wine itself cannot tell if it is

I copied together some boilerplate code from my other projects polecat and OFLauncher to create a simple Qt application.

the logic is quite simple

we iterate over all files in the current directory and check if they are executable files.

On linux we can simply check the executable bit but on Windows there isn't such a straight forward way so we just check if it ends with .EXE

every executable gets a button added with its name

we keep all but argv[0] the same so we can retain commandline arguments. 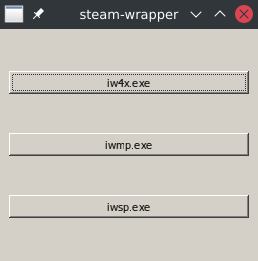 first designs were rather simple and naive in nature 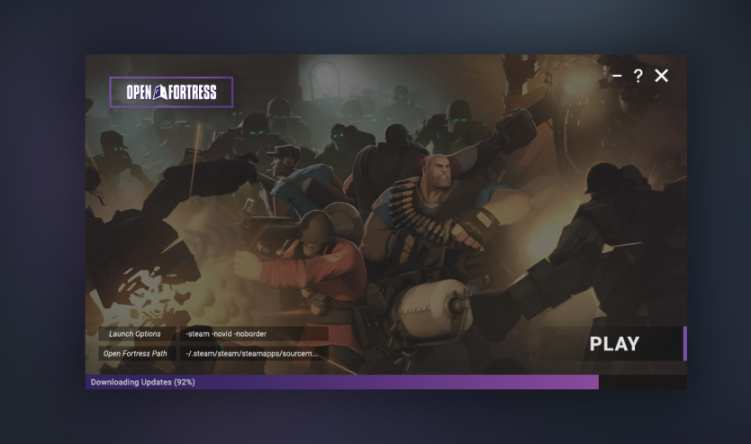 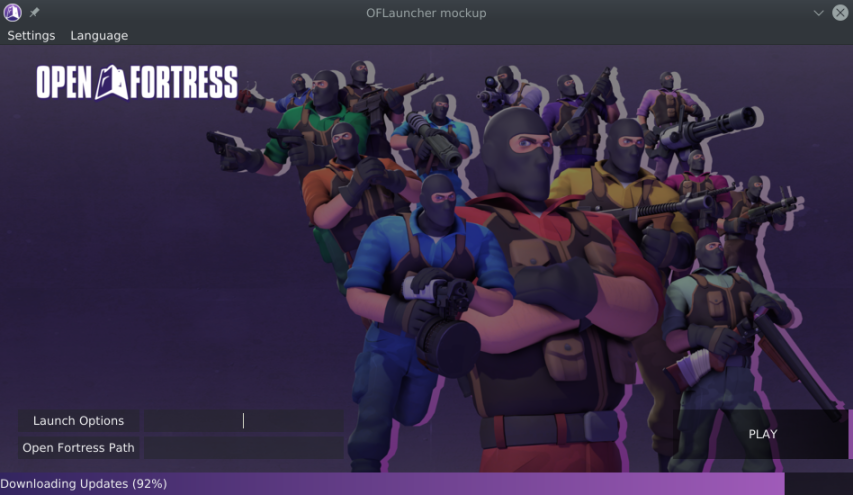 you might be better off creating your own project.

lead to me doing exactly that but during development I used

I had no conscistent place to get a free libsvn.dll from so I resorted to calling the svn binary which resulted in interesting code

You might wonder about the windows preprocessors and I can only link you this SO post https://stackoverflow.com/a/9965141 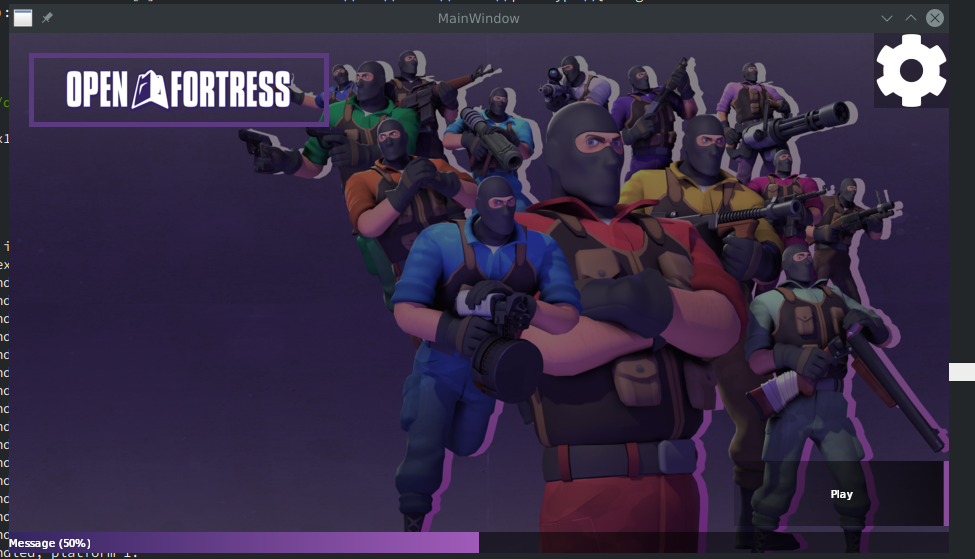 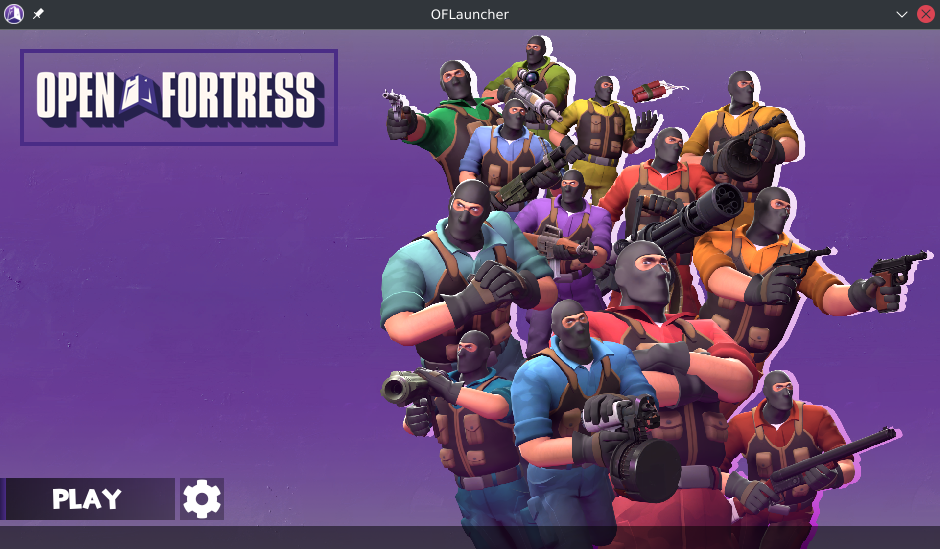 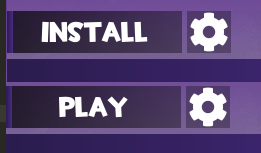 and with that it was pretty much done

maybe I'll add that too at some point